The German Bilingual Program at Scona ranks among the most renowned among public schools in Canada.   It is here that students are recognized for their development of German skills that began – for many – before grade one.  For about 25 years approximately 1000 students of this program have participated with great success in the German proficiency exam, the DSD II, your ticket to largely free of cost tuition. Scona is one of two public high schools in Western Canada that has been granted the status as official testing centre that is only available for students registered in the program.  In the past few years our bilingual students have pursued studies in architecture, engineering, psychology, law and medicine in universities throughout Germany. 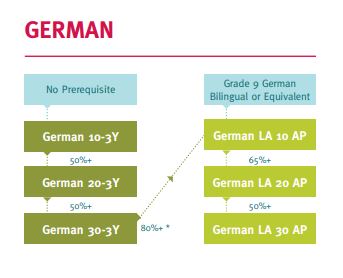 The bilingual stream is designed for students who have completed grades one through nine in the German bilingual program and are already fluent in the language (B1 is a minimum). This stream is treated like a Language Arts program with authentic German literature, film, essays and presentations that allows students not only to understand, but also to think critically about and discuss issues related to these texts. Students use German to interact with complete fluency like, or almost like, native speakers. Students ultimately can produce clear, well-structured, detailed texts on complex subjects, showing controlled use of organizational patterns, connectors and cohesive devices while presenting both sides of controversial issues and defending their own point of view. 5 Credits 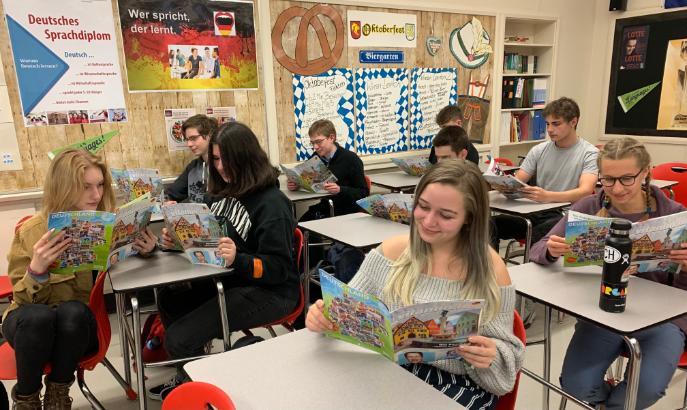