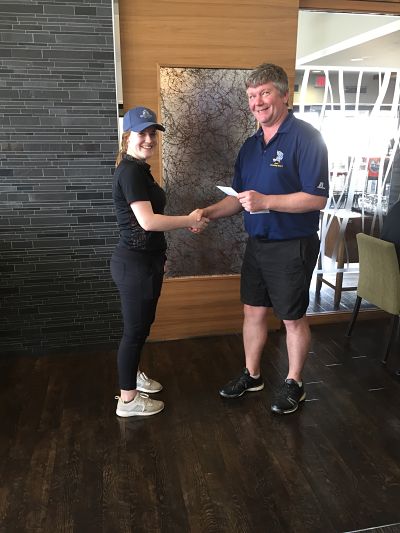 There’s nothing quite like hitting that sweet spot and watching that little white ball take off like a rocket.  They say that many of the world’s great business deals get made on the golf course and who are we to argue; our four male and four female members of the golf team know how to seal the deal when it counts.

The Golf season runs from September to October and begins again in May.  In September, the competitive season begins where our teams will compete in the Edmonton Zone Championships.  From the Zone Championships, we can then qualify for Provincials.  In May, the team members compete in one day tournaments to help prepare them for the competitive season the following year.

For more information email the school at strathcona@epsb.ca.